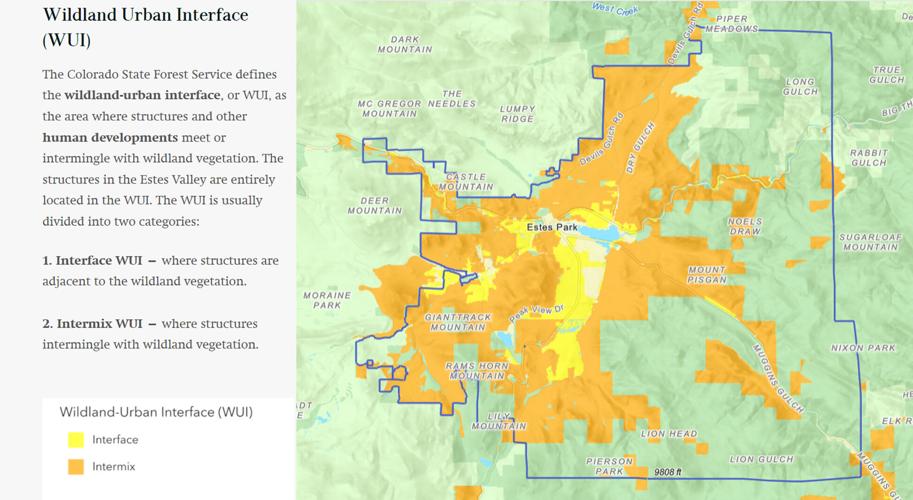 Wildfire risk is top of mind for many residents as the season changes, snow melts, and warm weather returns. The last two years have illustrated in a dramatic and tragic way the destructive power of wildfire when it meets the wildland-urban interface across a significant portion of the state.

Throughout the country, customers of electric utilities are developing a heightened awareness of the wildfire risks posed by electric distribution infrastructure. Locally, this trend of increasing awareness was amplified by the 2021 Kruger Rock Fire, which sparked when a tree located outside of the Town’s power easement snapped and landed on a power line.

The Town is committed to lowering the wildfire risk posed by community electrical infrastructure by making targeted capital investments, refining operational adjustments in times of high fire danger, and engaging wholeheartedly with community partners for long-term planning and risk reduction.

Each year, the Town spends approximately $900,000 in addition to significant staff time on fire mitigation projects. Beyond ongoing maintenance of distribution assets (power lines, transformers, fuses, etc.), the Town has an annual contract for tree trimming within power easements. While burying all of the distribution lines on the system would be extremely effective at lowering the wildfire risk, it is cost prohibitive at the moment (rough estimates are that this would cost nearly $500 million). Fortunately, there are other investments we can make in the system that significantly reduce the risk of a wildfire start.

Beyond tree cable, the Town has also invested heavily in automatic re-energizing hardware. While initially intended to improve power reliability, this hardware has become essential in mitigating the risk of wildfire start from the electrical system by enabling operational adjustments during times of high wildfire risk. One of the most impactful adjustments that this hardware enables is the ability for the Town to activate the “one-shot setting” on high-risk lines across the system when the fire danger is elevated. The one-shot setting programs the automatic re-energizing hardware to cut off immediately once it senses a specified load (amount of current), reducing the likelihood of starting a fire. While this is a huge advantage from a fire-prevention standpoint, this setting also increases the chance of causing a power outage because the line and equipment need to be checked, cleared, and reset before power can be turned back on. During a Red Flag Warning, there can be over 100 devices across the system on one-shot with extra crews on call to respond to any possible power outages.

While the Town is working hard to reduce the risk of wildfire caused by our electric distribution system, we are always striving to do better. To that end, the Power and Communications Division is closely connected to the ongoing update to the Estes Valley’s Community Wildfire Protection Plan (CWPP). The CWPP update is led by a team that includes the Estes Valley Watershed Coalition, the Estes Valley Fire Protection District, Larimer County, the Town, and partners at the state and national level. The updated CWPP will identify areas of high-risk for wildfire and will help the Power and Communications team prioritize system-improvement work like tree cable by highlighting the highest-risk areas for a fire-start in the system. The Power and Communications team has also provided the CWPP update team with data on the highest-risk lines to help inform the update team’s assessment of highest-risk areas in the valley for a wildfire start.

There is an inherent risk in providing electricity in the mountains. While we cannot completely eliminate that risk, the Town is fully committed to working with our partners to limit and reduce the risk of a wildfire starting from our electric distribution infrastructure. You can help us in reducing risk by supporting tree-trimming efforts in our power easements. Please call us at 970-577-3607 or email electrictrouble@estes.org if you have concerns about a tree located outside of the power easement that is threatening power lines and you would be willing to grant us permission to trim or remove the threat. Learn more at www.estes.org/wildfiremitigation. It is also a good idea to review the resources offered by the Fire District about living in the wildland urban interface at estesvalleyfire.org/living-in-the-wui-wildland-urban-interface.

On August 31st, Kay Smith passed away with her partner of 28 y…