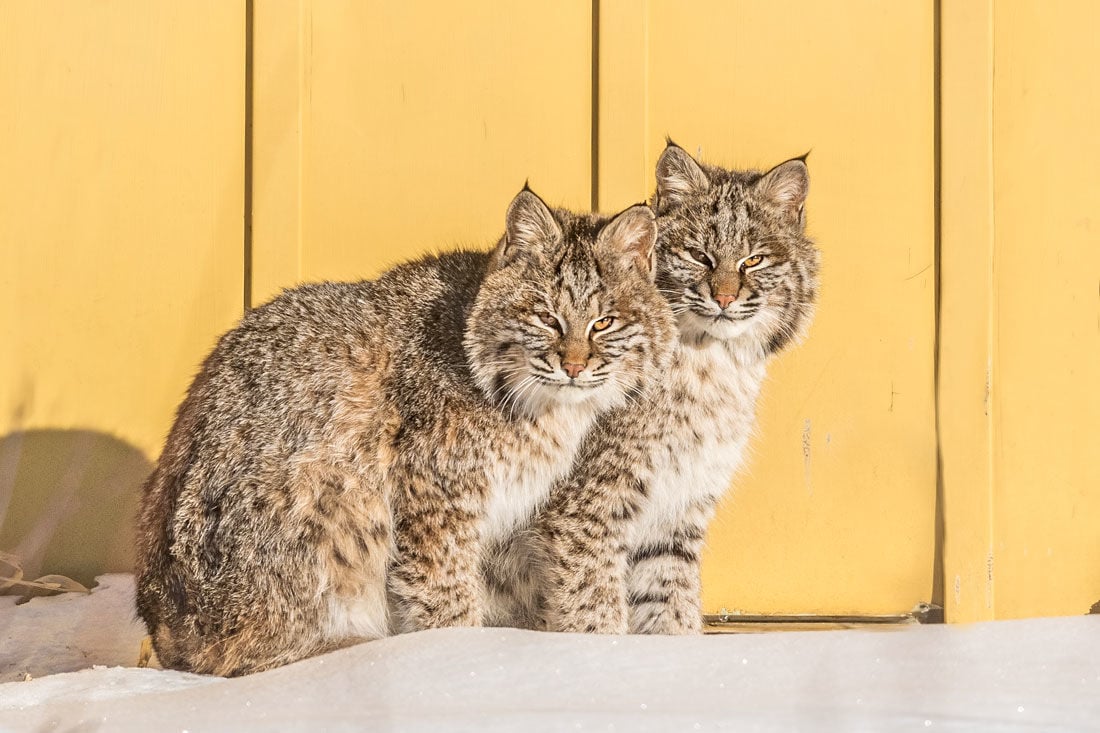 Two bobcat kittens just shy of a year old nuzzle together on a sunny winter morning. Photo by Dawn Wilson. 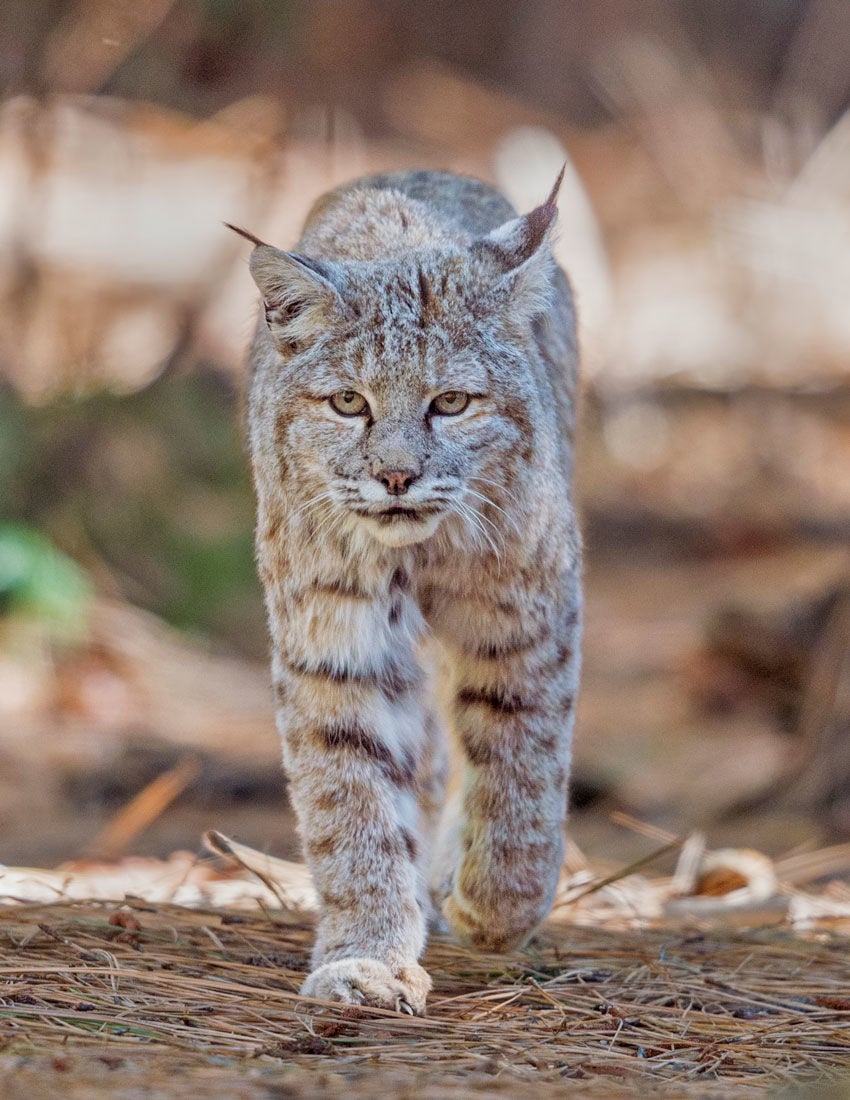 A bobcat slinks through the shadows of a pine forest. Photo by Dawn Wilson. 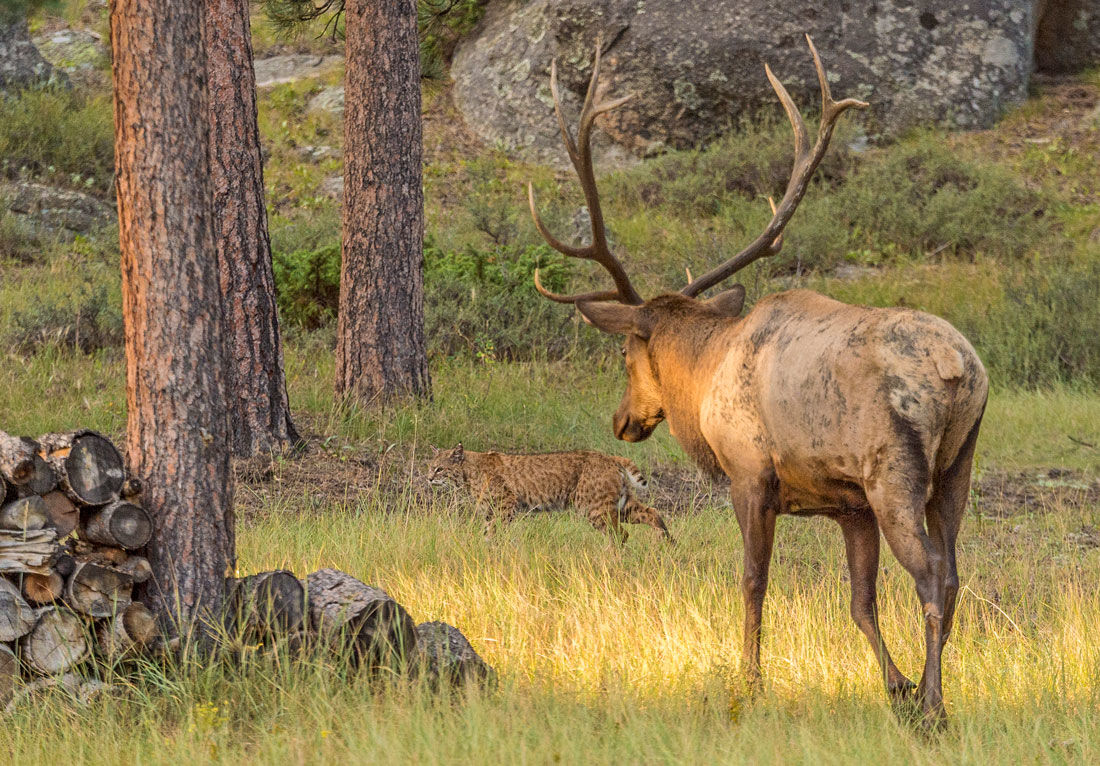 A bobcat casually strolls past a curious bull elk during the fall rut in Rocky Mountain National Park. Photo by Dawn Wilson.

This week’s featured animal is the bobcat.

Although prevalent in Estes Valley and Rocky Mountain National Park, bobcats are rarely seen preferring the cover of night, the shadows of dawn and dusk, and thick brush to hide their presence.

1. Bobcats are the most prevalent wildcat in North America with a huge range that spans from coast to coast. A study in the November 2010 issue of Journal of Fish and Wildlife Management estimated the U. S. bobcat population to be as high as 3.5 million individuals.

2. Bobcats are named for their short, “bobbed” tail, which is about six inches in length. In comparison, the mountain lion, which is also found in this region, is up to three feet in length. Lynx also have a short tail but are more typically found in southern Colorado.

3. A bobcat’s favorite meal is rabbit, which they hunt by stealthy pounces rather than long chases. In lieu of rabbits, bobcats will also eat birds, mice, squirrels and other small mammals.

4. Bobcats prefer to hunt along habitual routes, traveling as much as seven miles in an evening looking for prey.

5. Bobcats are solitary animals only coming together during the mating season in February and March. Multiple bobcats seen together are most likely a family. The growing kittens will stay with their mother for about 12 months.