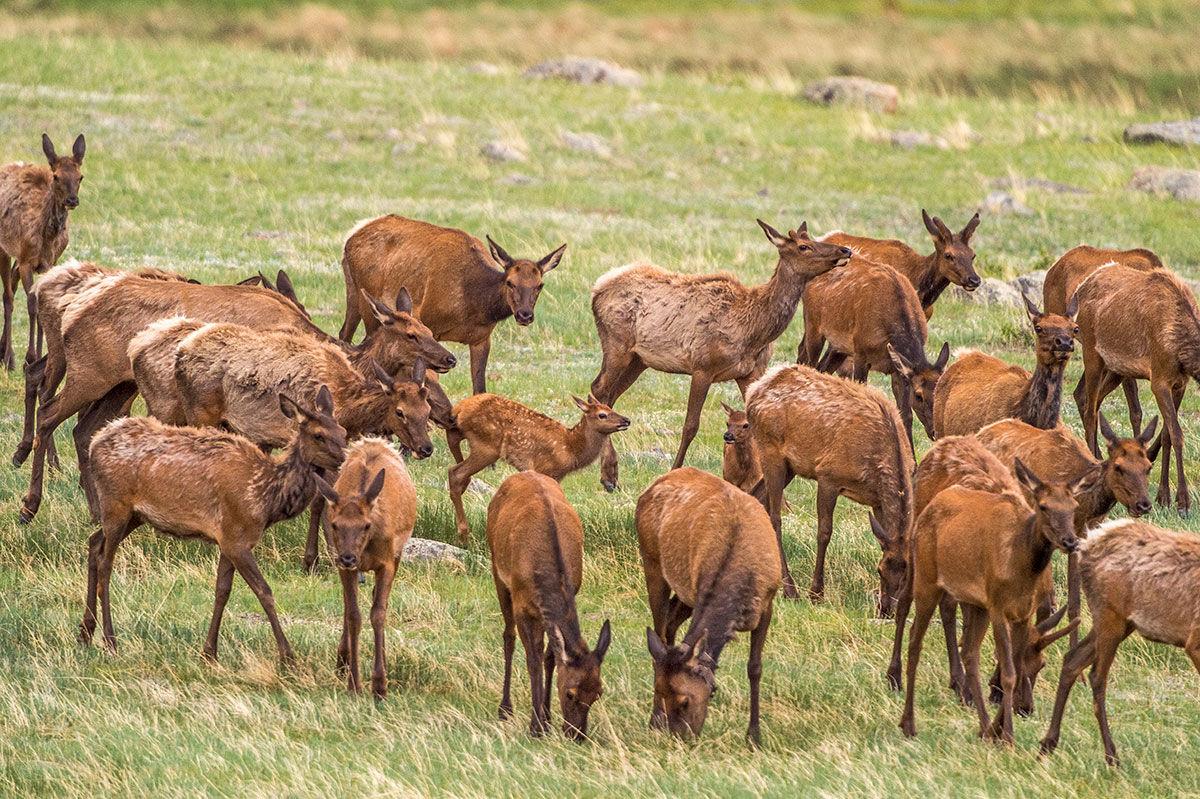 The cow elk within a herd work together to protect the newborn elk calves from predators. A coyote (not pictured) was going after this calf. 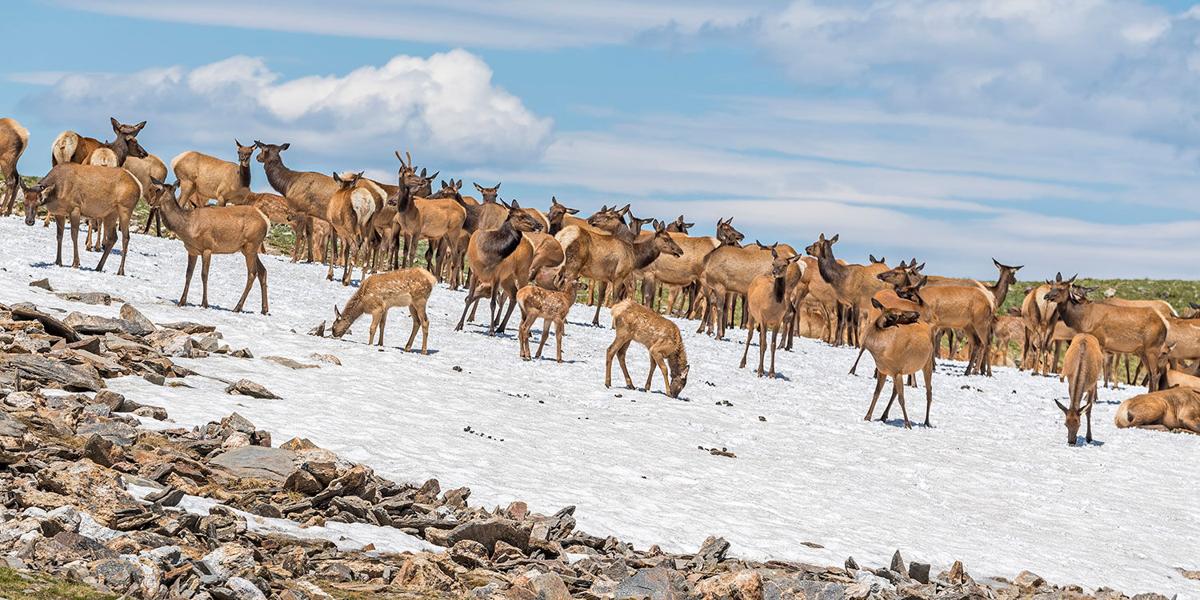 It is the herd's lead cow elk that determines where the group will move throughout the year, from the winter meadows at lower elevations to the cooler tundra during the summer. 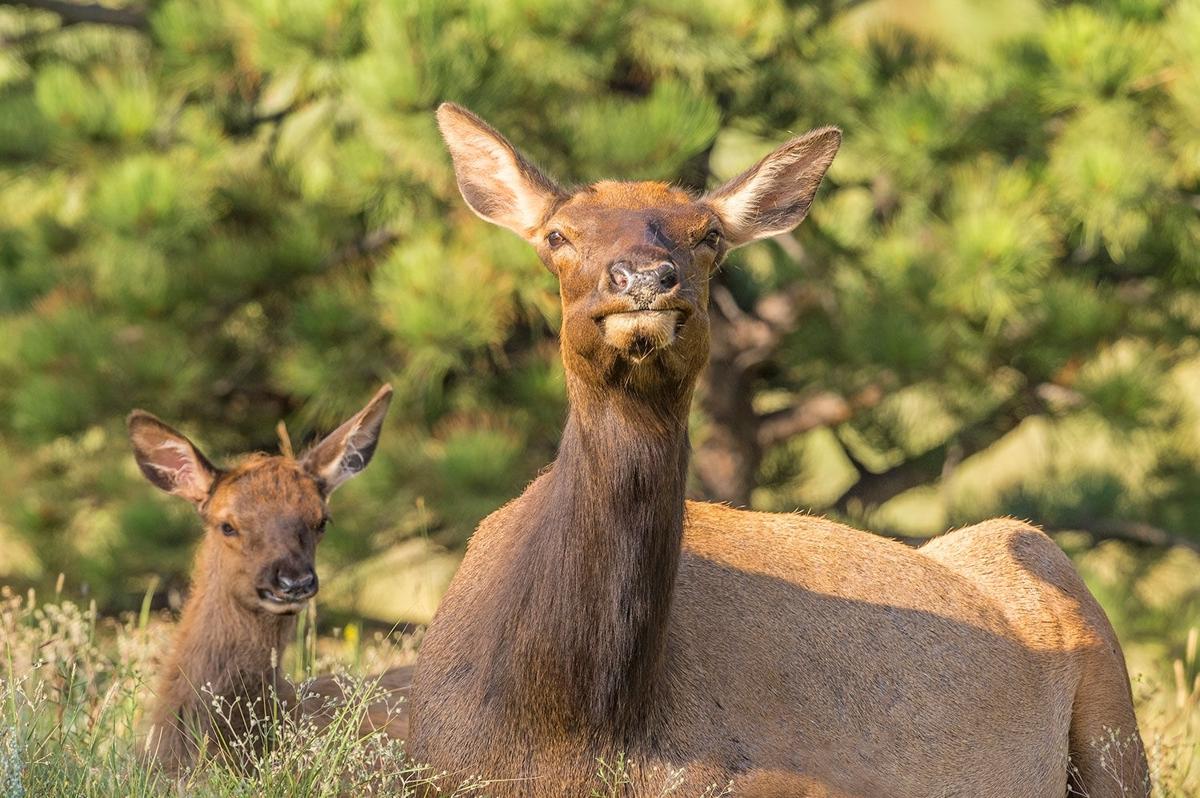 Cow elk are responsible for protecting the elk calves in their early years and teaching them everything they need to know for their lives in the Estes Valley.

In honor of Elk Fest 2.0, this week’s featured animal for Five Fun Facts is the elk. This article, however, won’t highlight just any facts about elk, but rather focus on elk cows. Elk are abundant in Estes Valley and Rocky Mountain National Park with about 600-800 being the natural population in the park’s lower elevations in the winter. Additional populations migrate into Estes Park and lower elevations during this season. The total elk population in Colorado is just shy of 300,000. This ranks Colorado as having the largest elk population in the U. S.

2. During the fall rut or mating season, which is peaking right now, it is actually the cow that picks the mate, not the bull showing off his strength and bugle.

3. Elk are one of the largest members of the deer family, only being topped out in size by moose. This family of cervids native to North America also includes white-tailed deer, mule deer and caribou.

4. Cow elk are responsible for all of the early life lessons for their offspring, which are born each spring in late May and early June. Cow elk are also very vocal with their calves, communicating through a series of squeals, snorts, neighs, grunts and the occasional bugle. The cow bugle, however, is much less impressive than the male’s and more typically used in the spring.

5. It is a lead cow that determines where the herd moves. Each herd will have this dominant cow, which is typically an older cow. This includes showing the herd, which includes other cows, calves and spikes, or yearling bulls, how to get from winter to summer ranges and back, and the best feeding and bedding locations.

Dawn Wilson is a professional and award-winning nature photographer who lives in Estes Park year-round. You can see more of her work, join one of her Rocky tours, and purchase prints and calendars at DawnWilsonPhotography.com.