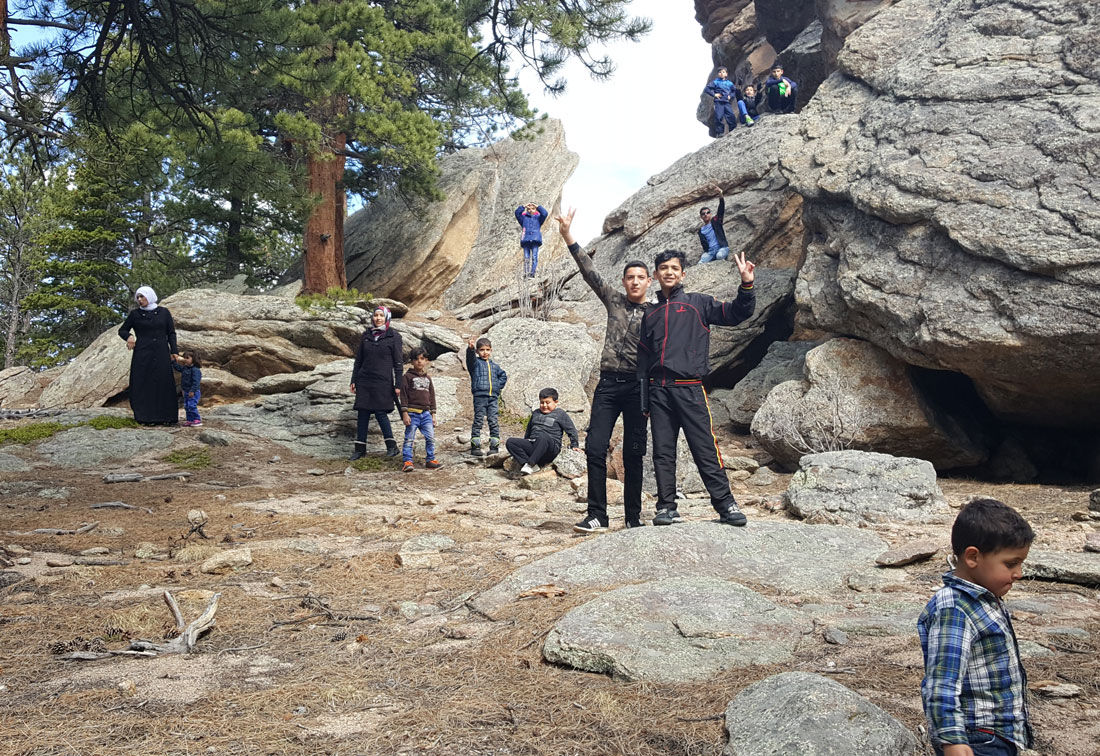 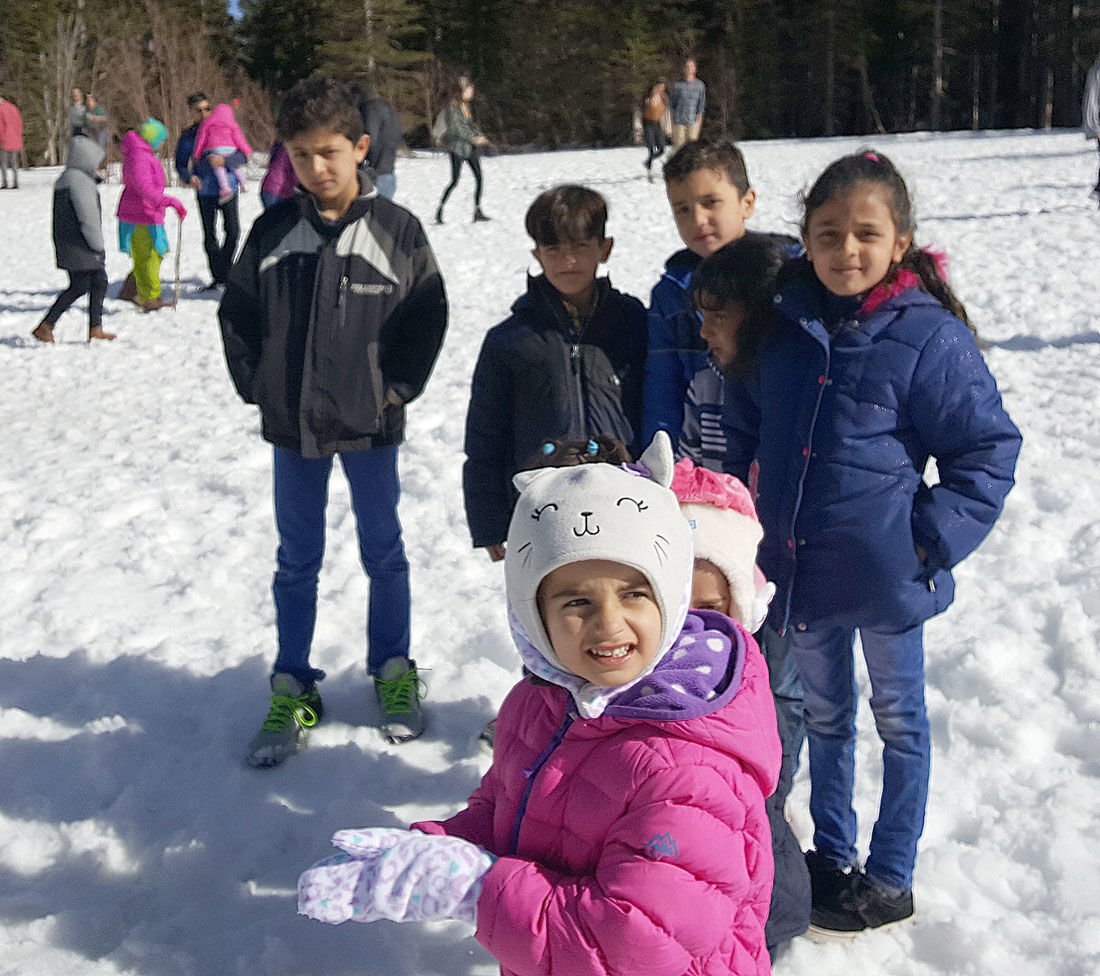 Syrian refugees enjoyed a weekend of respite at YMCA of the Rockies where they were able to support each other and connect as families through tradition, games and relaxation.

The eleven families were joined by ten pastors from six Front Range Christian Churches, four mental health providers and one physician. These volunteers assisted with the weekend’s logistics, but left the activity planning up to the families who offered peer-to-peer support to each other throughout their stay.

Some of these families have been in the United States for only two months and were excited to spend the weekend with families who arrived earlier. They all live on Colorado’s Front Range, but because of proximity, work schedules and transportation, don’t see each other often.

The weekend began with an Interfaith Banquet on Friday evening in which the refugees, immigrants, translators, chaperones and volunteers dined together over Halal fare. Halal meals are prepared in accordance with rules based on Abrahamic dietary guidelines, similar to Jewish Kosher foods.

The children, ranging in age from two to seventeen, spent time swimming, rock climbing at Highlands Presbyterian Camp & Retreat Center, and having a snowball fight at Bear Lake in Rocky Mountain National Park. For many of them, it was the first time they had seen snow.

The adults played many rounds of cards, celebrated a women’s circle and appreciated the time together to share their experiences.

Greg Bunton, Pastor at YMCA of the Rockies said he is proud that YMCA of the Rockies has the ability to help these families relax and have fun in a safe and welcoming environment. “It is our obligation as humans. It fits the Y’s mission. We read in scripture to treat others as our own family, and Jesus reminds us of this in many ways.”

The retreat was organized by Nawra Chakaki, a leader in the Syrian-American Community and Howard Dotson, Interim Pastor from First United Presbyterian Church in Loveland. After the weekend, Dotson said, “I was happy to help with childcare. It gave the adults time to connect and relax.” He also said the families were very grateful for the accommodations provided by YMCA of the Rockies. “Many of them are currently working $10/hour jobs and without the generosity from The Y, these families wouldn’t have been able to afford this retreat.”