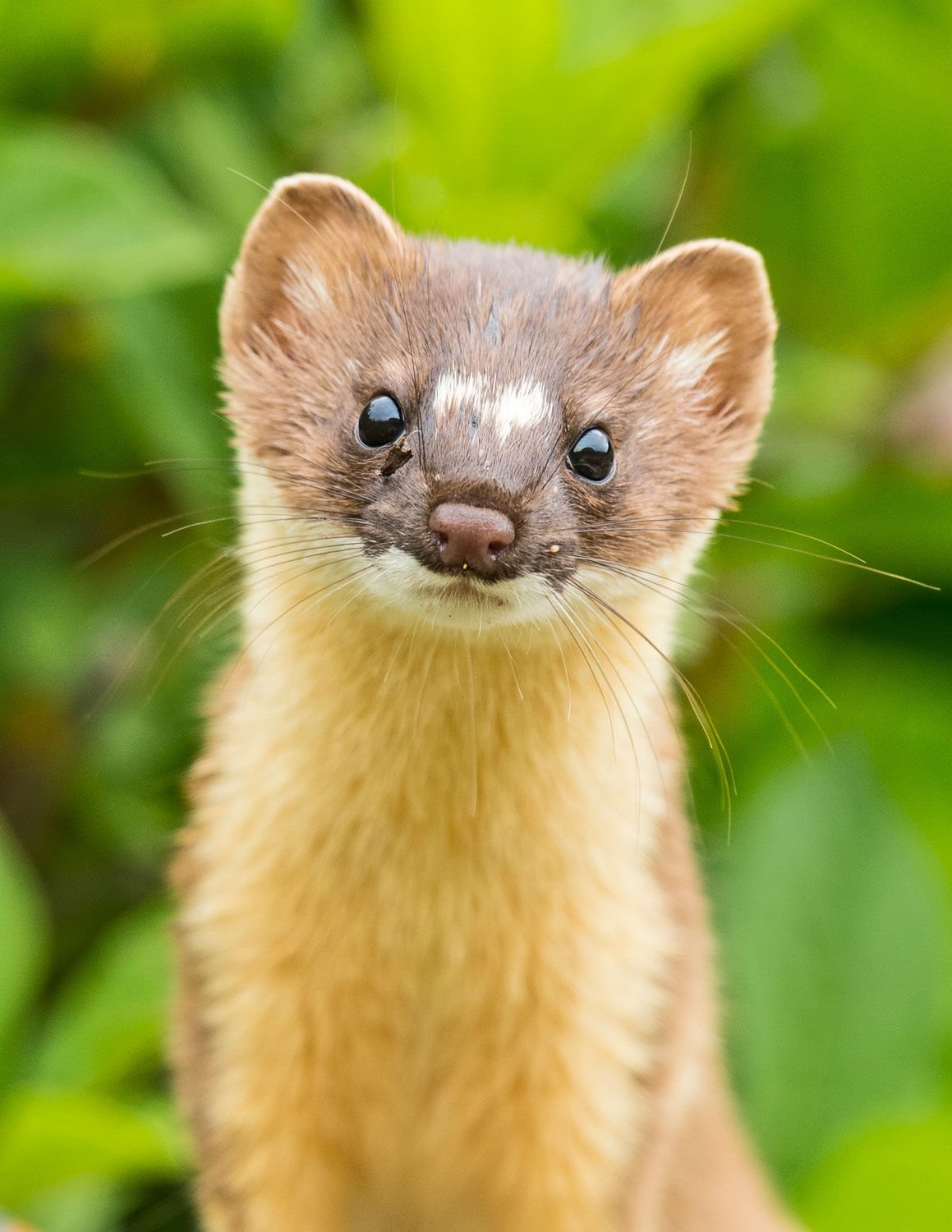 Capturing a portrait of a weasel is no easy feat for these predators that cover miles of territory in search of food. 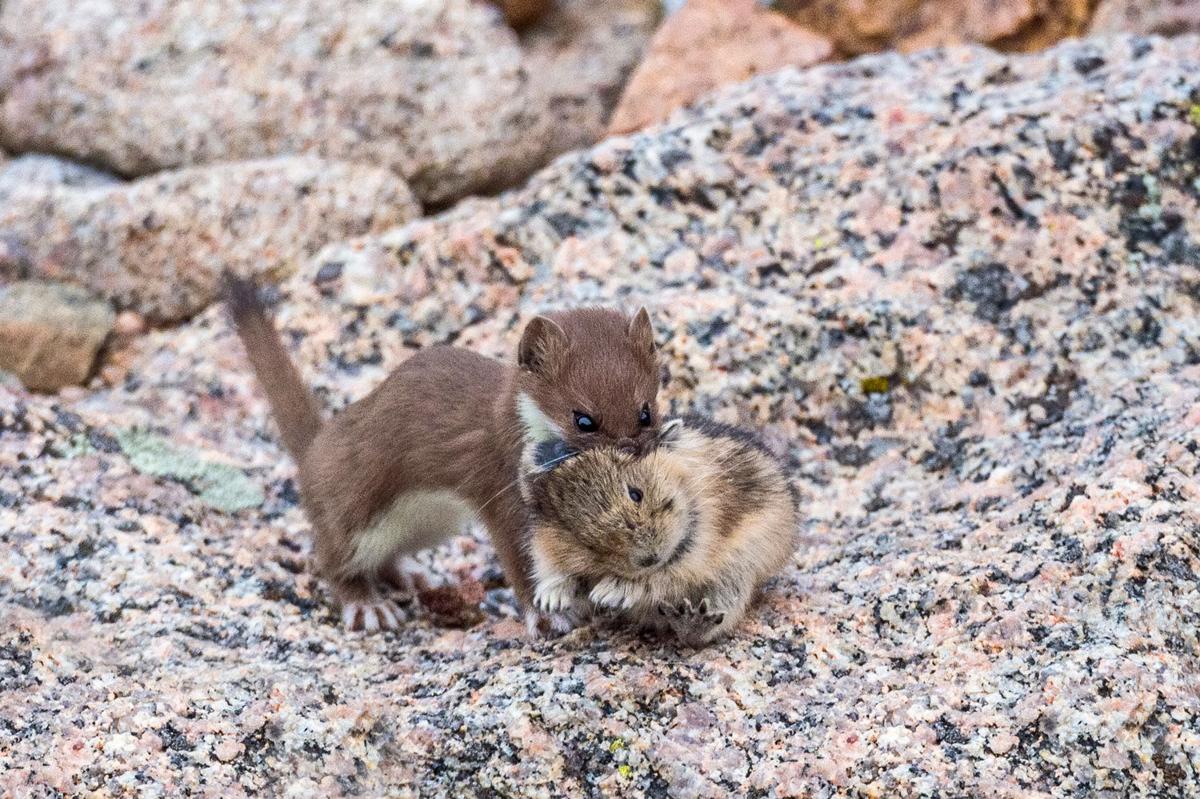 Although tough to watch, it is amazing to know that a weasel can prey on animals up to ten times their size. This short-tailed weasel successfully chased this pika into its burrow on the tundra. 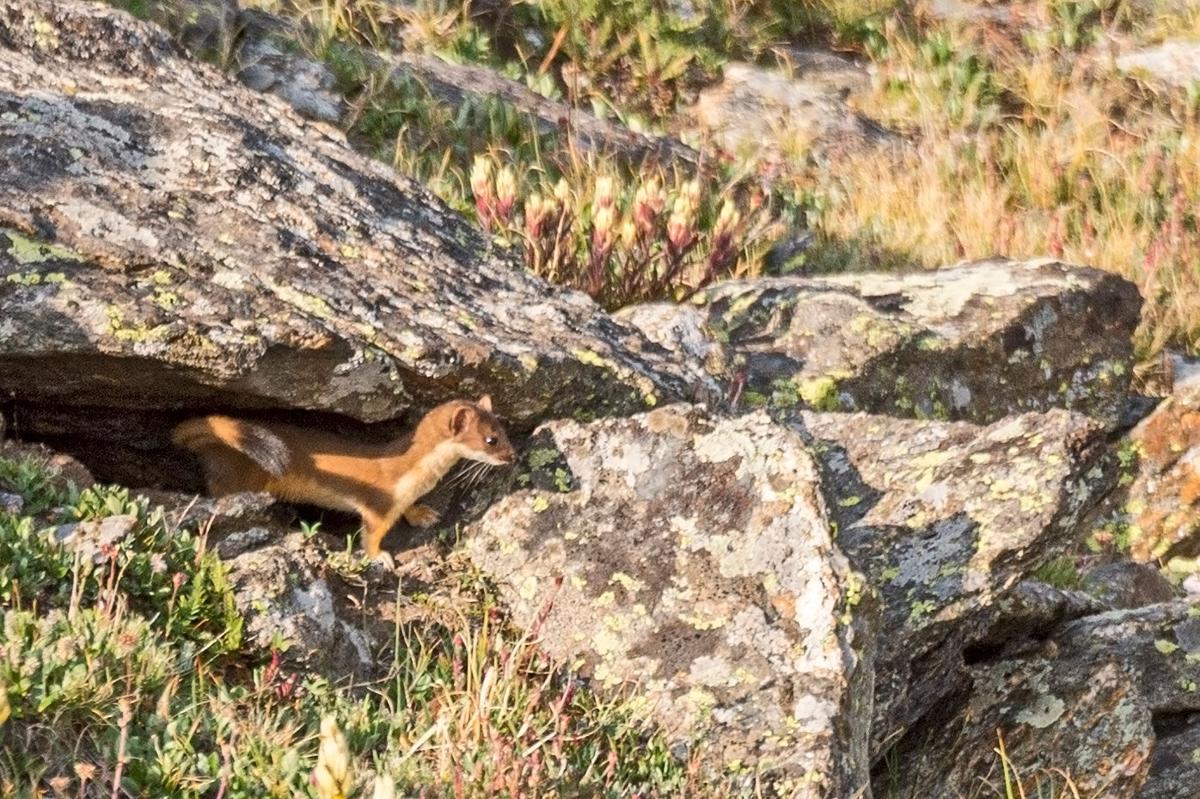 Weasels are adorable looking critters but they are ferocious hunters that are skilled at capturing and killing prey in tight spaces, like under rocks on the alpine tundra.

This week’s featured animal is the weasel. These ferocious hunters can be found throughout Rocky Mountain National Park and Estes Park—from rock piles on the 18-hole golf course to the talus slopes of the tundra—but catching them sitting still for very long is a challenge. They have tremendously large territories and as a result, tend to move a lot navigating those spaces looking for food.

2. Weasels are extremely adaptable and can be found in all corners of the world except Antarctica and Australia. They are the most widely distributed predator in the world.

4. A weasel, weighing only about 2 to 9 ounces, can kill and carry prey up to ten times their own size, including animals like rabbits, squirrels and pikas. They also eat more than 40 percent of their own body weight each day.

5. The weasel’s long, slender body allows it to enter the dens and small hiding spaces of its prey. The weasel often takes over the den or burrow after killing it.