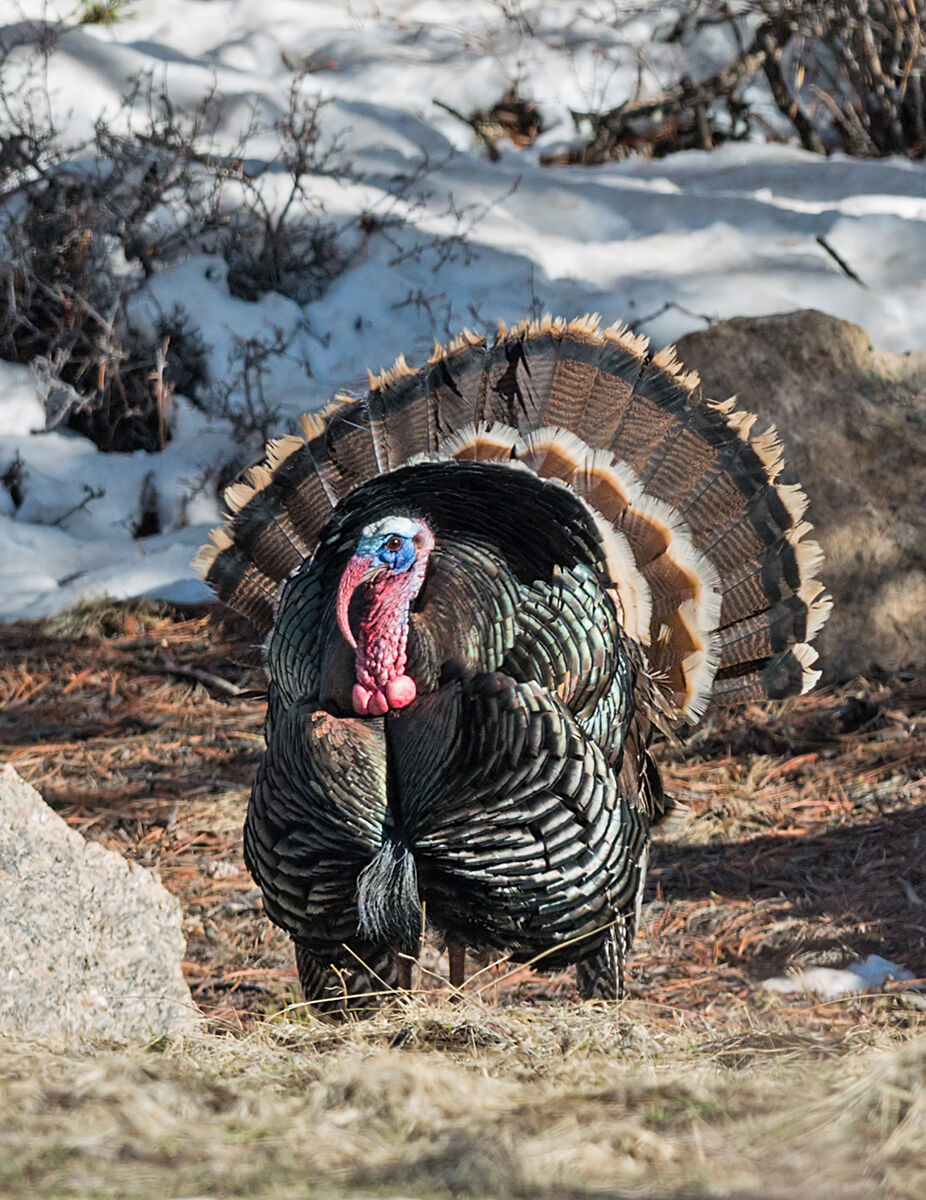 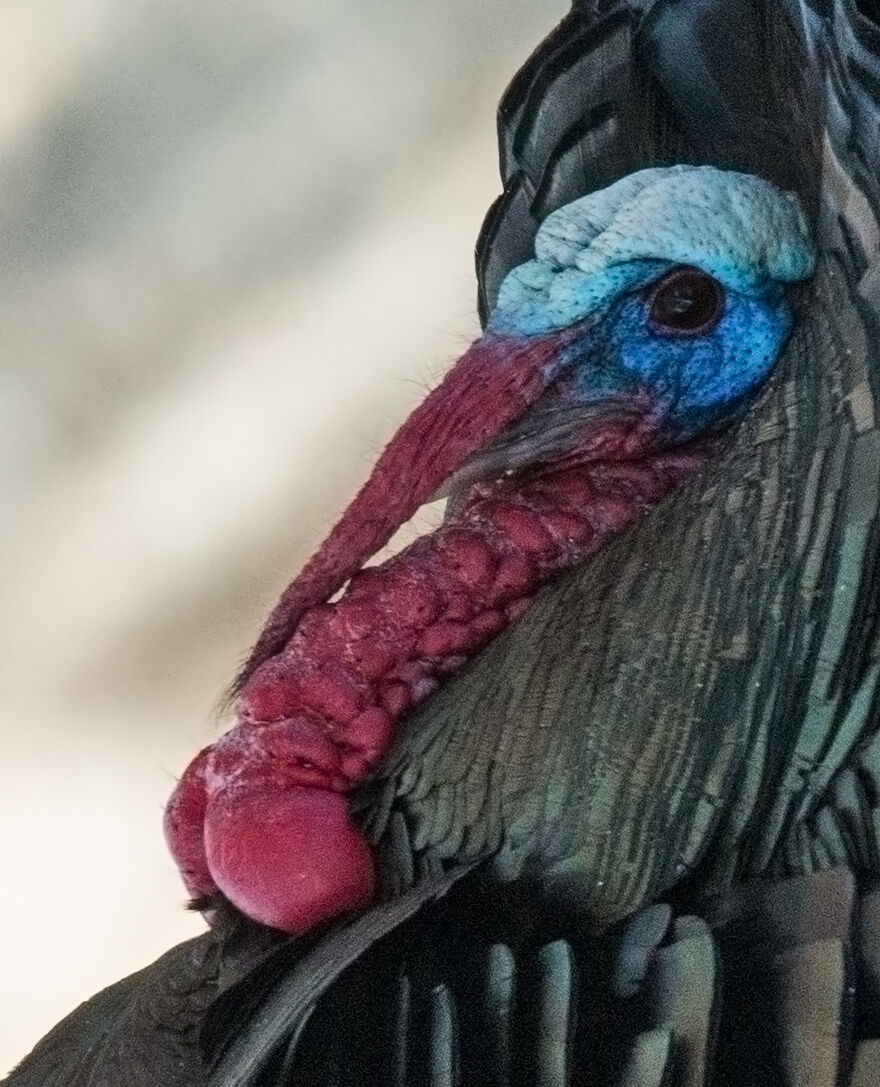 Stock photo of a close up portrait of a wild turkey face on a sunny morning in Rocky Mountain National Park, Colorado. 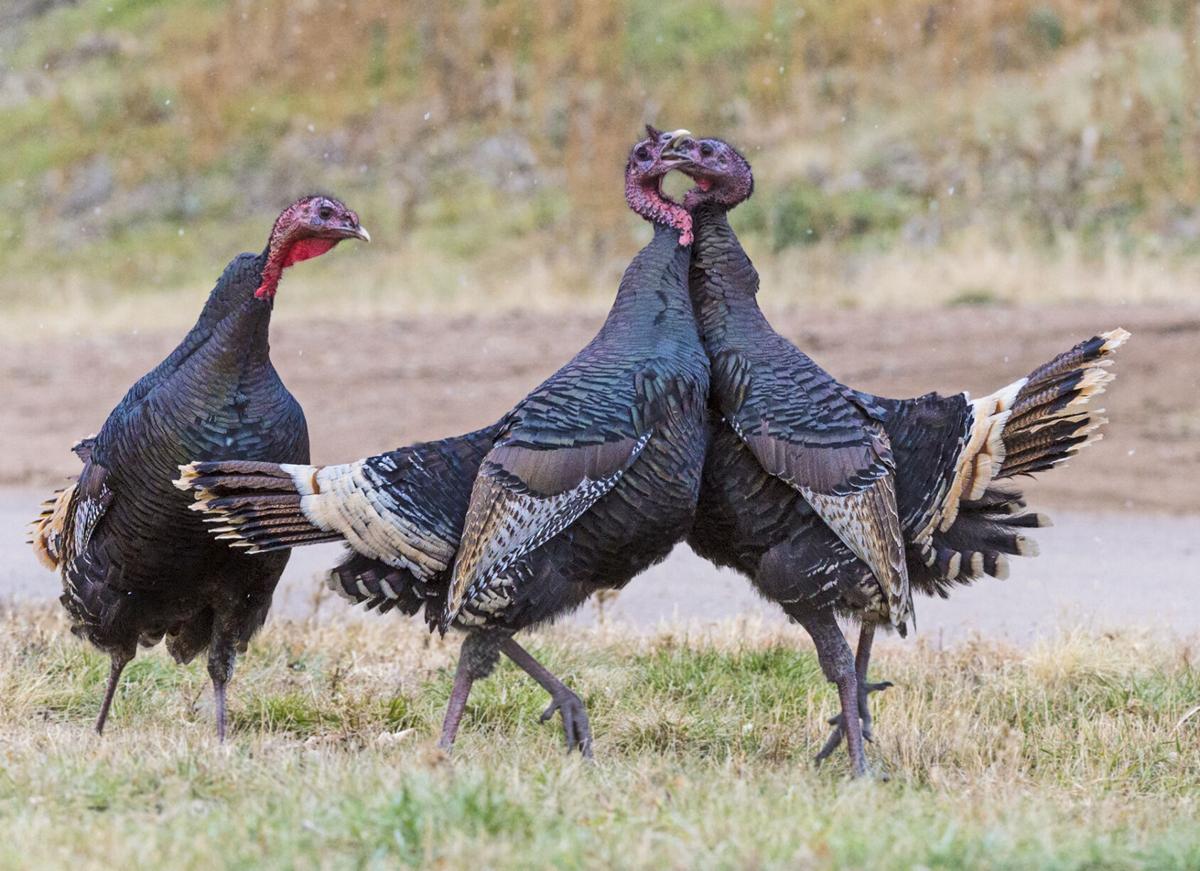 Two wild turkeys (Meleagris gallopavo) fight while a third watches like a referee as snow falls in Waterton Canyon near Littleton, Colorado 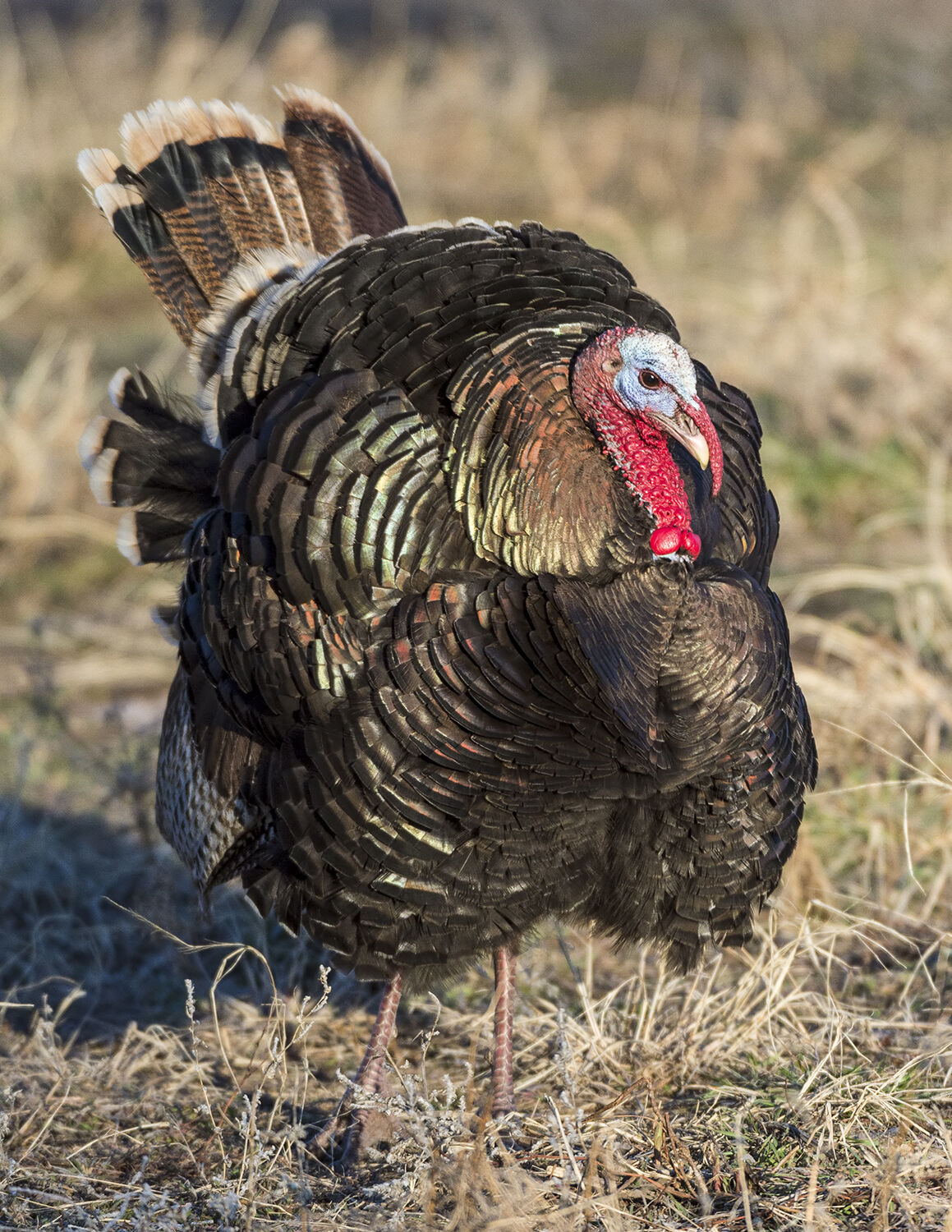 A male turkey (Meleagris gallopavo) shows off his colorful feathers for the ladies on a sunny morning in Waterton Canyon near Littleton, Colorado 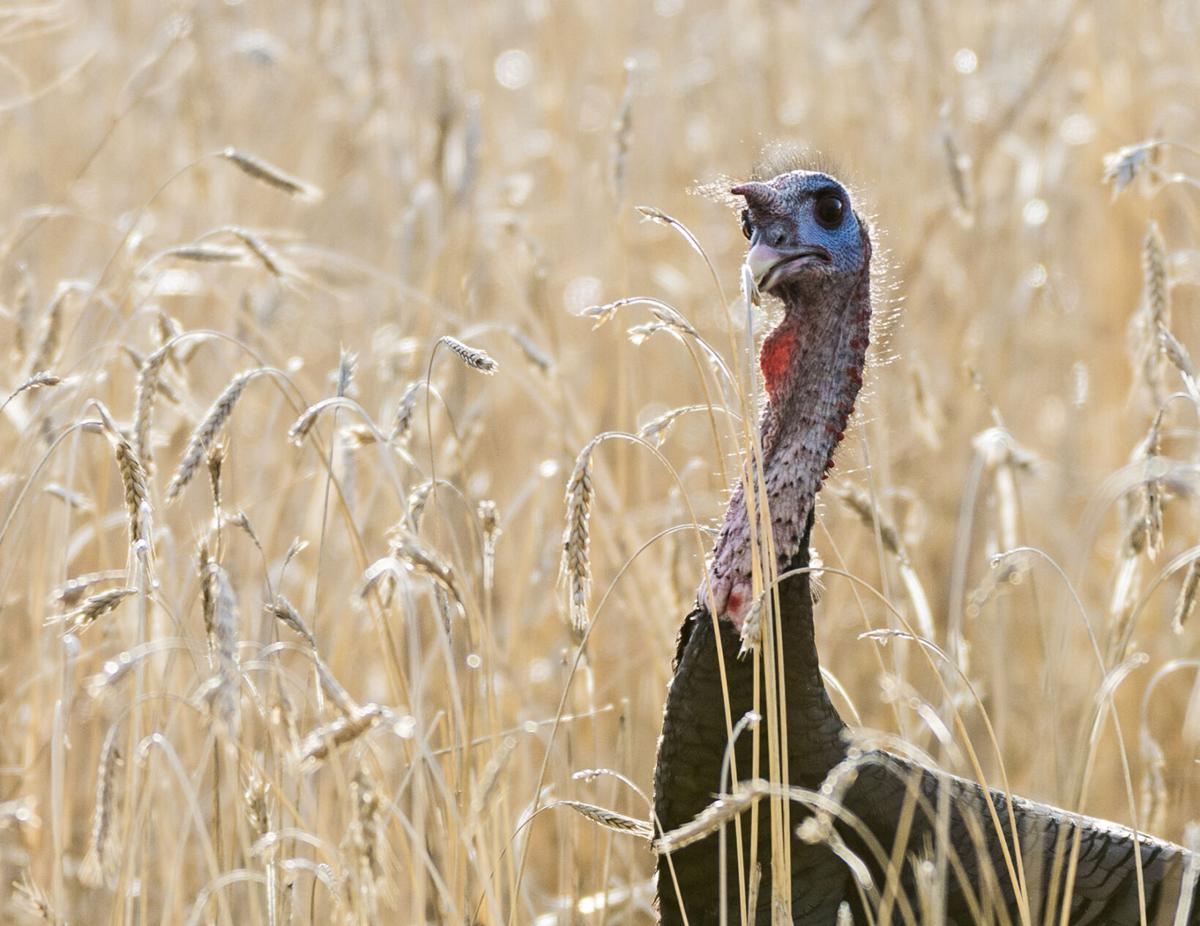 Stock photo of a close up portrait of a wild turkey face on a sunny morning in Rocky Mountain National Park, Colorado.

Two wild turkeys (Meleagris gallopavo) fight while a third watches like a referee as snow falls in Waterton Canyon near Littleton, Colorado

A male turkey (Meleagris gallopavo) shows off his colorful feathers for the ladies on a sunny morning in Waterton Canyon near Littleton, Colorado

“Welcome to the Polar Bear Club,” I told the members of my group on our last morning in Churchill. “It is a rare opportunity to see polar bears in the wild, and you just spent a week with them.”

From November 7 to 14, I and four fellow nature photographers traveled to the western shore of Hudson Bay in northern Canada to observe and photograph polar bears and other arctic wildlife with a local guiding company. We were quite successful with as many as ten different polar bears in one day.

Churchill is a remote town in the Canadian Province of Manitoba with a population of about 800 people that is comprised of primarily Indigenous People, including First Nations, Métis and Inuit. The small town, nicknamed Polar Bear Capital of the World, sits 1,361 miles as the crow flies from Estes Park. But there are no roads leading to Churchill; you must arrive by plane or train. Although I would someday like to take the two-day train trip, I went with the plane option, which took me through Denver, Vancouver and Winnipeg.

As a photographer, I want to come home with the prettiest photos of the animals I watched. As a writer and conservationist, I want to document the story that unfolds in front of me. This trip produced both.

Polar bears visit Churchill in the fall as part of their migration out to the icepack in Hudson Bay. These large bears — they can weigh up to 1,700 pounds — spend up to eight months on the ice hunting their favorite meal of seals. Polar bears then live off these fat reserves during the remaining three to four months of the year that they spend on land.

Climate change has caused temperatures to rise, especially in the Arctic. The result is a lengthened ice-free period, thus reducing the amount of time bears have to hunt on the ice. Latest estimates show the ice-free period in Hudson Bay has increased by 20 days a year.

Churchill is one of the first places where the water freezes in Hudson Bay because of a large influx of fresh water from the Churchill River into the salt water of the bay. The prevailing winds out of the north also cause any ice that does form to be pushed back onto the shore near Churchill, creating the first icepack within the bay.

This was my second trip to this remote town and my third time photographing wild polar bears. On my previous trip to Churchill in November 2013, there was already snow on the ground when I arrived on November 5, and ice started forming in the bay by November 6. My guide at that time was already talking about how the ice formation was at least a week later than average.

This trip gave another stark representation of the impacts of climate change. I arrived in Churchill this year on November 8. The first coating of snow had only arrived a day earlier, and we did not see any significant ice until the day we left on November 13. Another week of ice had been lost in even the seven years between my visits.

The snow was a welcome opportunity to photograph white bears on a white landscape. Polar bears actually look more cream on a snowy landscape. The snow also helps to clean off the dirt on the coats of the bears after a summer of roaming on land.

In addition to the polar bears, our group also enjoyed quite a few photo opportunities with willow ptarmigan, a very close cousin to our local white-tailed ptarmigan, several snowy owls, and a rare sighting of a white form gyrfalcon, the largest falcon in the world. For those interested in birds, Churchill can provide a wide variety of northern species, especially in the early summer months. During this trip we didn’t spend a lot of time looking for other birds but did come across a group of common eiders in winter plumage and a lot of snow buntings darting around in the snow.

What did elude us were arctic hares, although their abundant tracks in the snow proved they were there, and arctic fox, another historically common animal that relies on polar bears for scraps of food on the icepack.

If you like the cold — we rarely saw temperatures above freezing — and are willing to spend full days outside looking for white animals on a white landscape, Churchill is a truly epic destination where you too can become a member of the polar bear club.

If interested in joining me on future arctic adventures or would like prints of these white kings of the north, email me at dawn@dawnwilsonphotography.com and I can keep you informed of upcoming trips.

Dawn Wilson is a professional and award-winning nature photographer who lives in Estes Park year-round. You can see more of her work, join one of her Rocky tours, and purchase prints at DawnWilsonPhotography.com or follow her on Instagram: @dawnwilsonphoto.