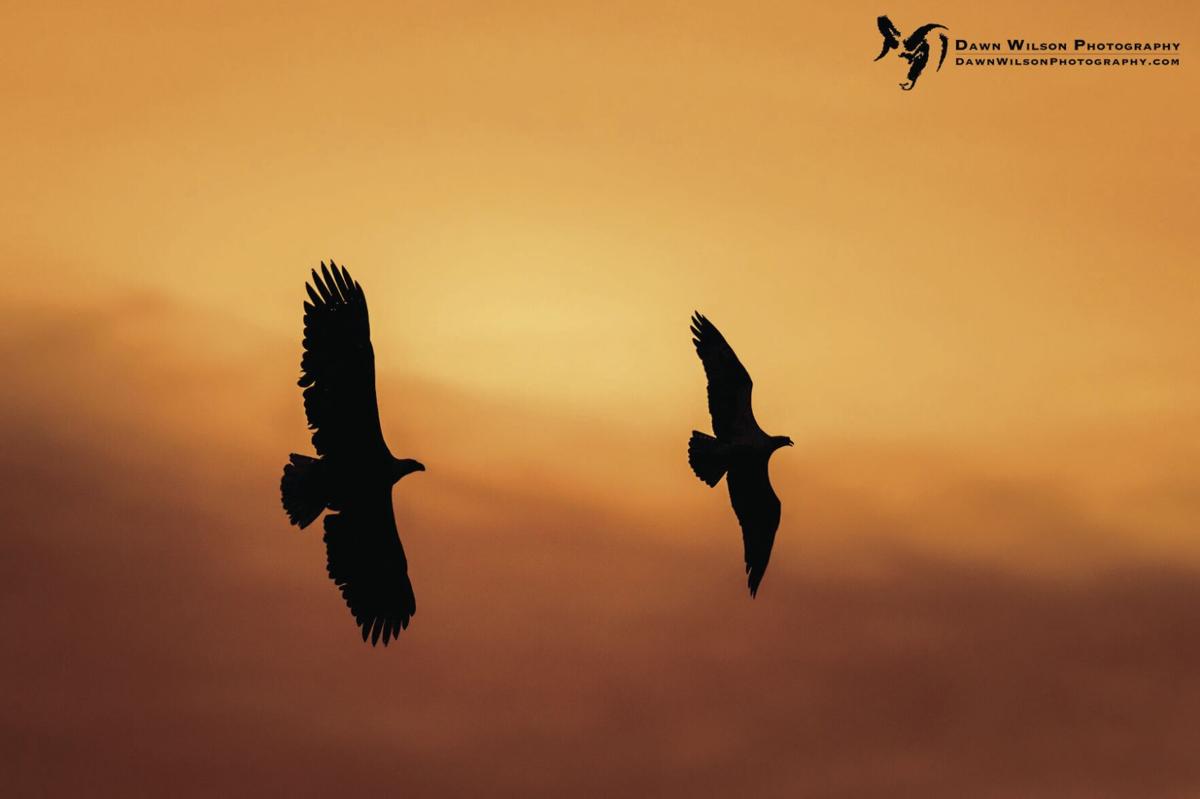 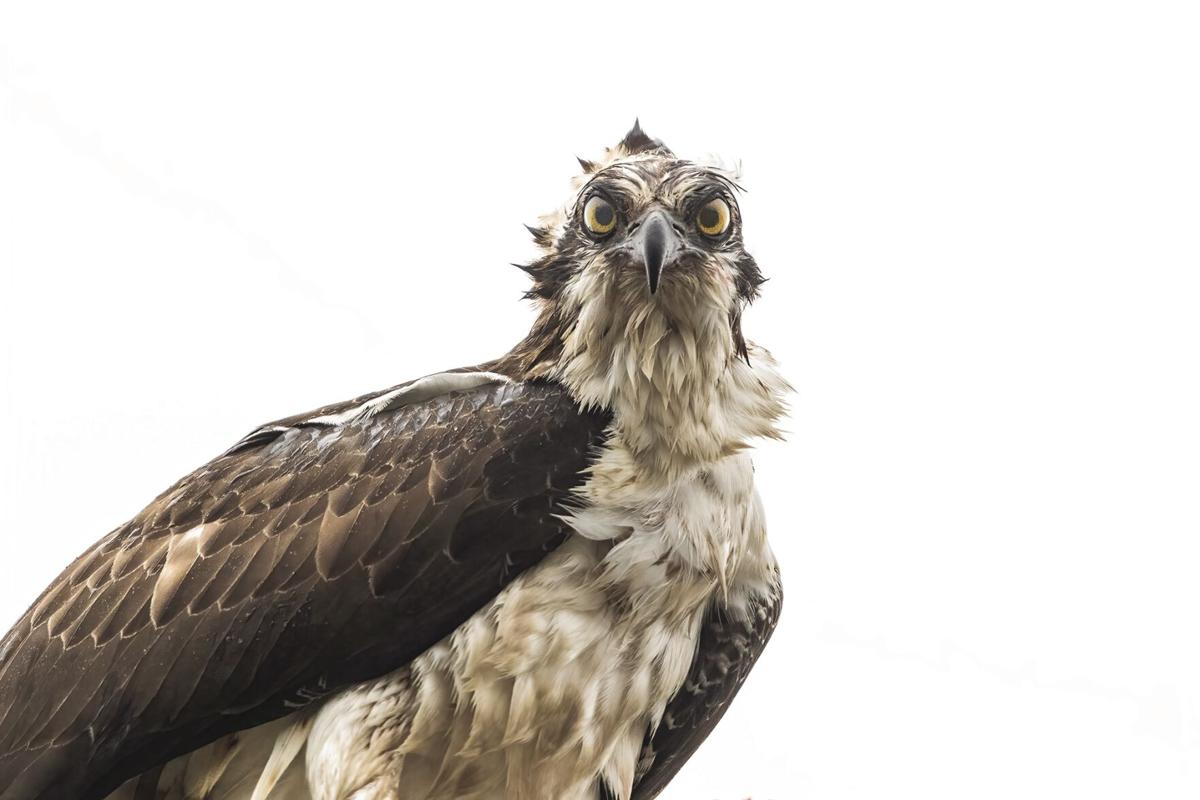 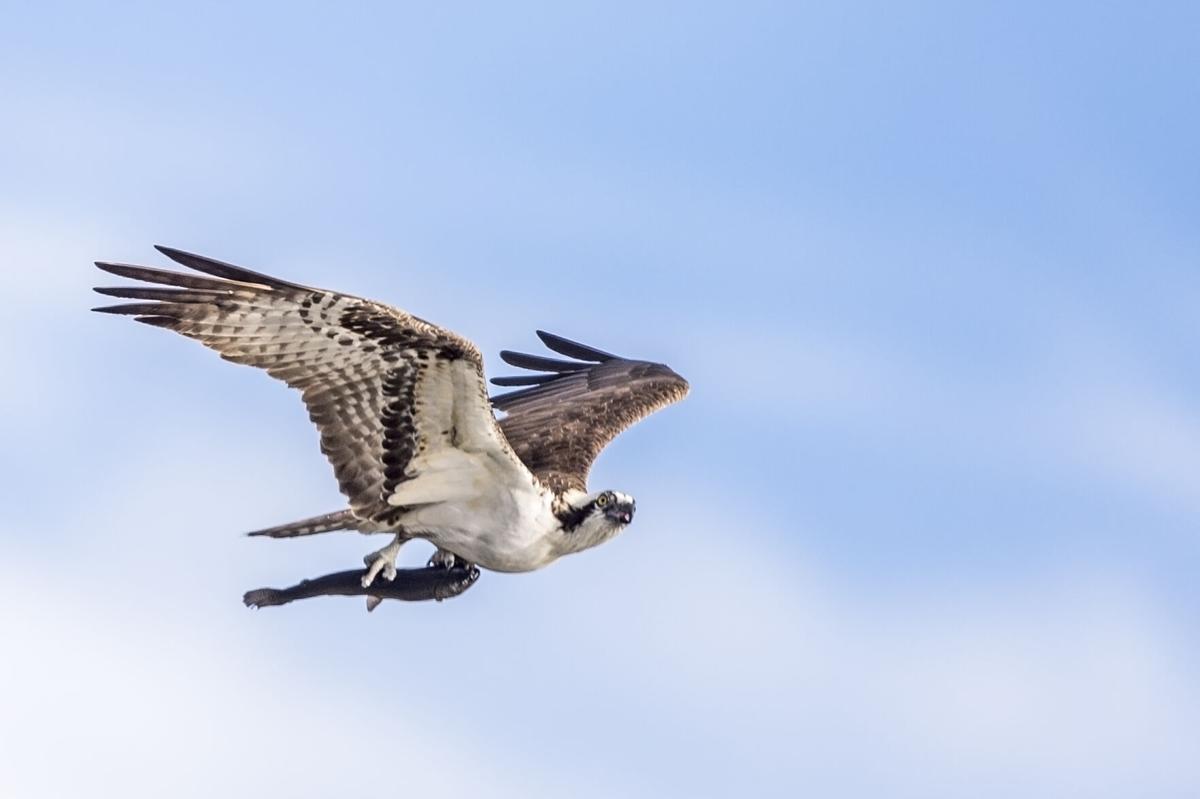 An osprey (Pandion haliaetus) flys off with a fresh catch of troust on a sunny morning in Estes Park, Colorado. 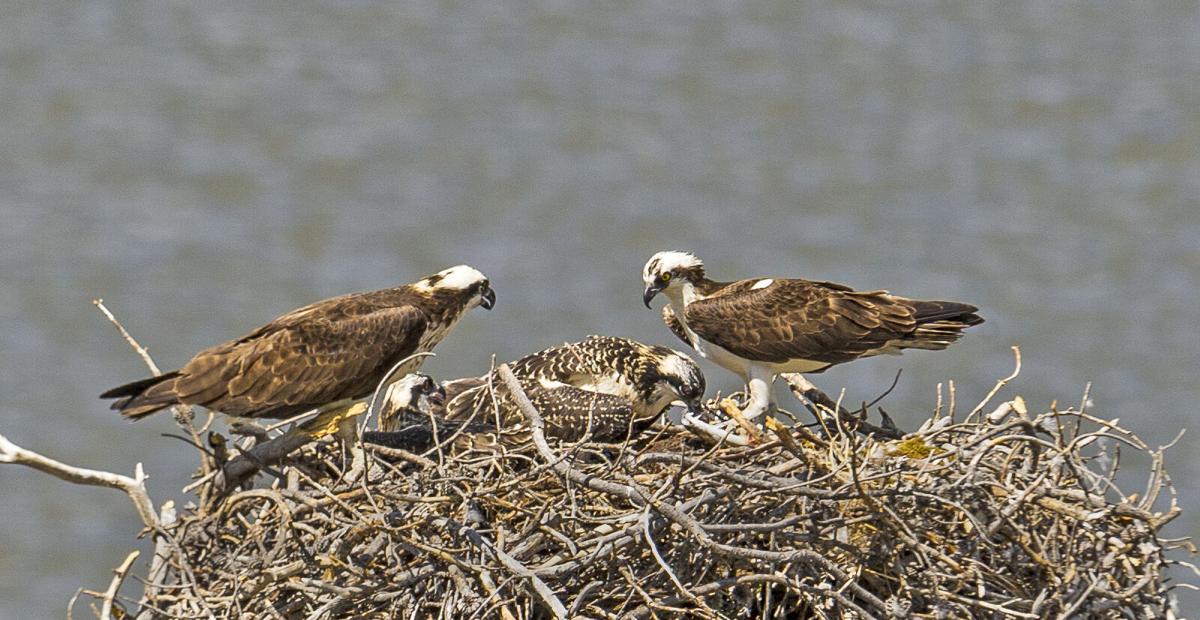 An osprey chick (Pandion haliaetus) eats a fish just brought in by Dad while Mom and sibling watch on a sunny afternoon on Lake Granby near Grand Lake, Colorado 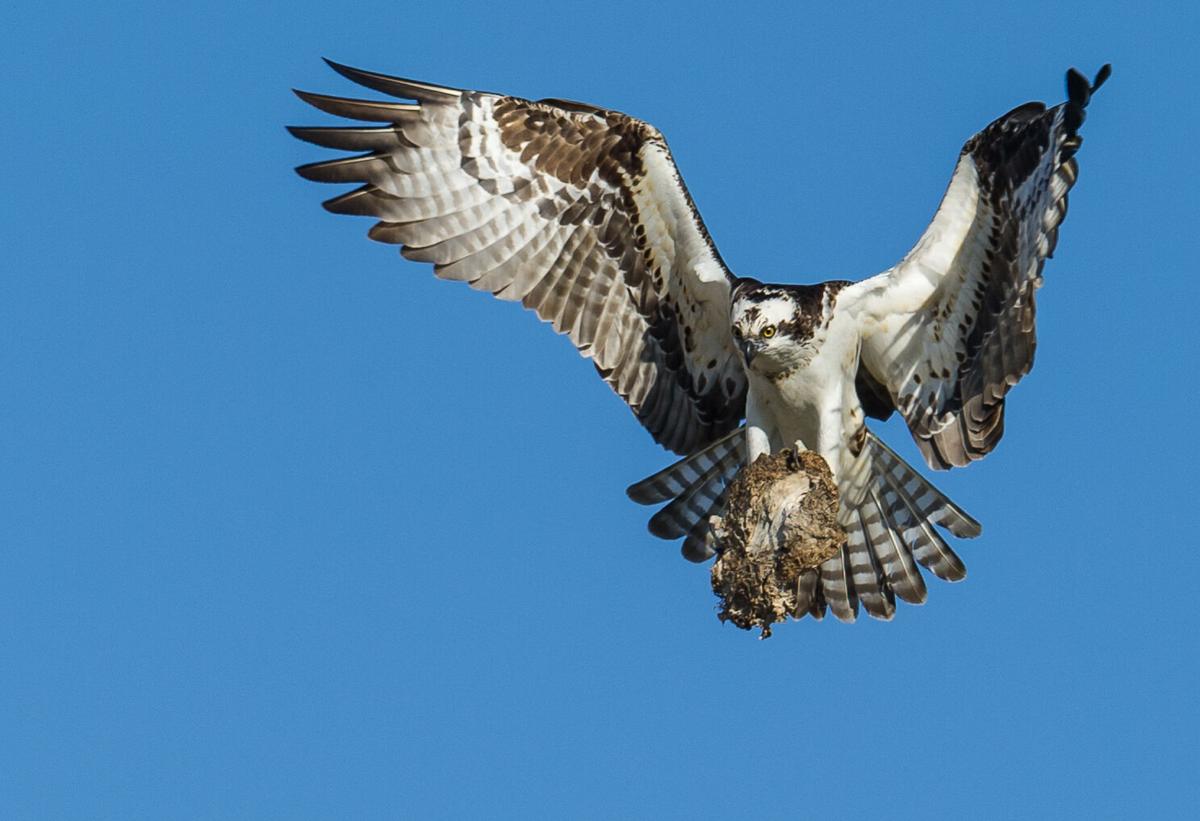 An osprey (Pandion halieatus) flies against a clear, blue sky as he brings in a clump of grass and mud for the nest in Longmont, Colorado. Shows the variety of material used in a nest.

This week’s featured animal is the osprey. The first week of April is marked on my calendar each year to start looking for returning osprey. These large brown and white birds of prey migrate to Mexico and South America for the winter but will return to Colorado, including Estes Park (and more commonly Grand Lake on the west side of Rocky Mountain National Park), to nest and raise their young. Here are five more fun facts about this skilled hunter.

1. Often confused with bald eagles, osprey can be differentiated by a white head with a brown crown and brown streak down the cheek, and the appearance of a kink in their wings when soaring. Adult bald eagles have a full white head and their wings, when soaring, stretch out straight. Both birds have hooked beaks, but the osprey beak is black while the adult bald eagle beak is dark yellow.

2. Osprey are also referred to as sea hawks, fish hawks, and river hawks.

3. The diet of osprey is 99 percent fish, favoring whatever is common for the area.

4. Osprey are fascinating to watch hunt. They will circle over shallow water — they typically dive no more than three feet into the water — and then plunge headfirst towards the surface of the water. When they are closer to the surface, they spin their talons down to snatch the fish out of the water.

5. After an osprey catches a fish, it will reposition the fresh catch in its talons like a torpedo, head forward. It is believed this is for aerodynamics because osprey typically eat their fish at the nest rather than at closer perches along the body of water.

Dawn Wilson is a professional and award-winning nature photographer who lives in Estes Park year-round. You can see more of her work, join one of her Rocky tours, and purchase prints and calendars at DawnWilsonPhotography.com or follow her on Instagram: @dawnwilsonphoto.