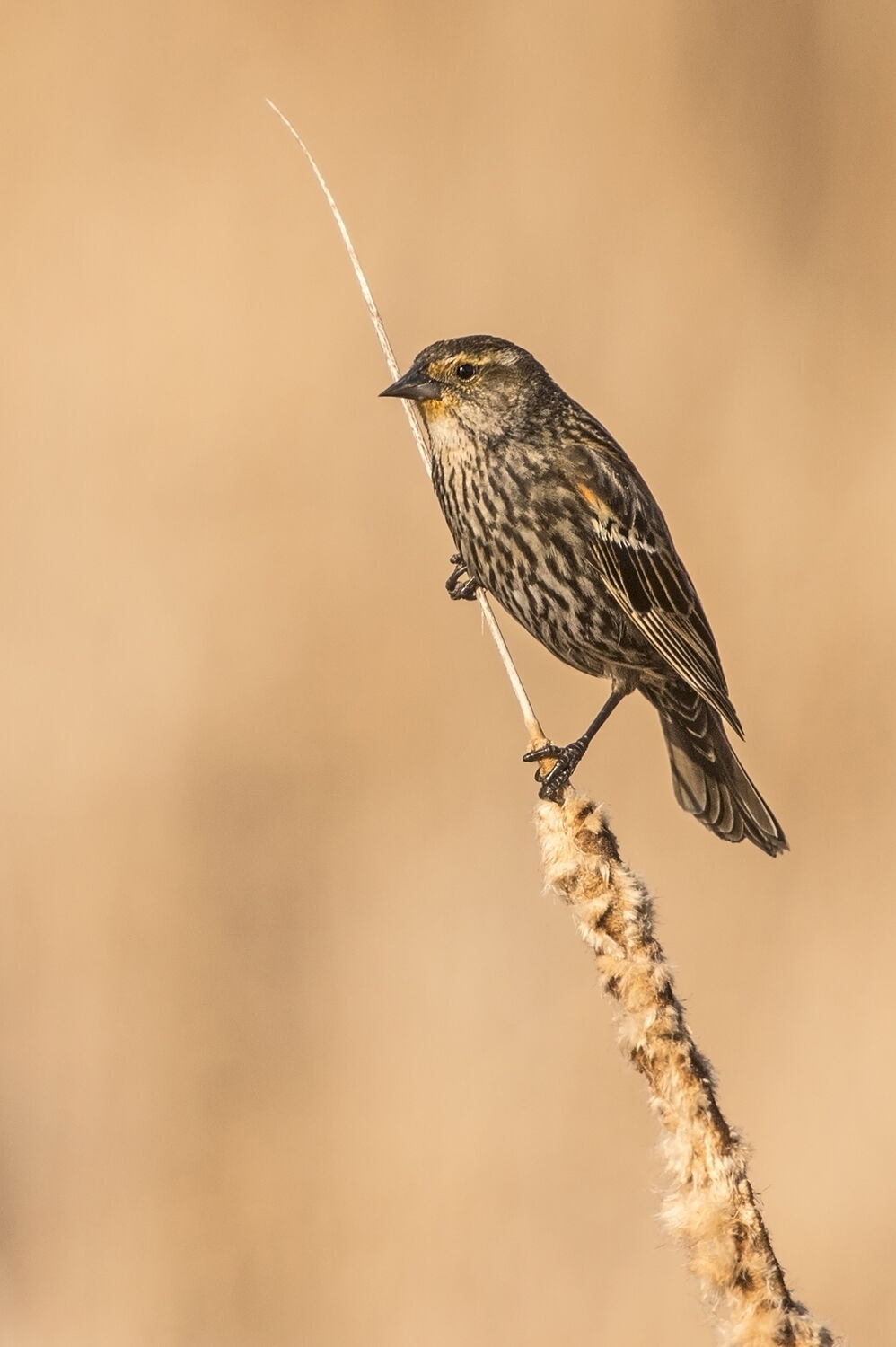 A female red-winged blackbird (Agelaius phoeniceus) holds onto a cattail as she uses it for nesting material on a spring morning at St. Vrain State Park in Longmont, Colorado. 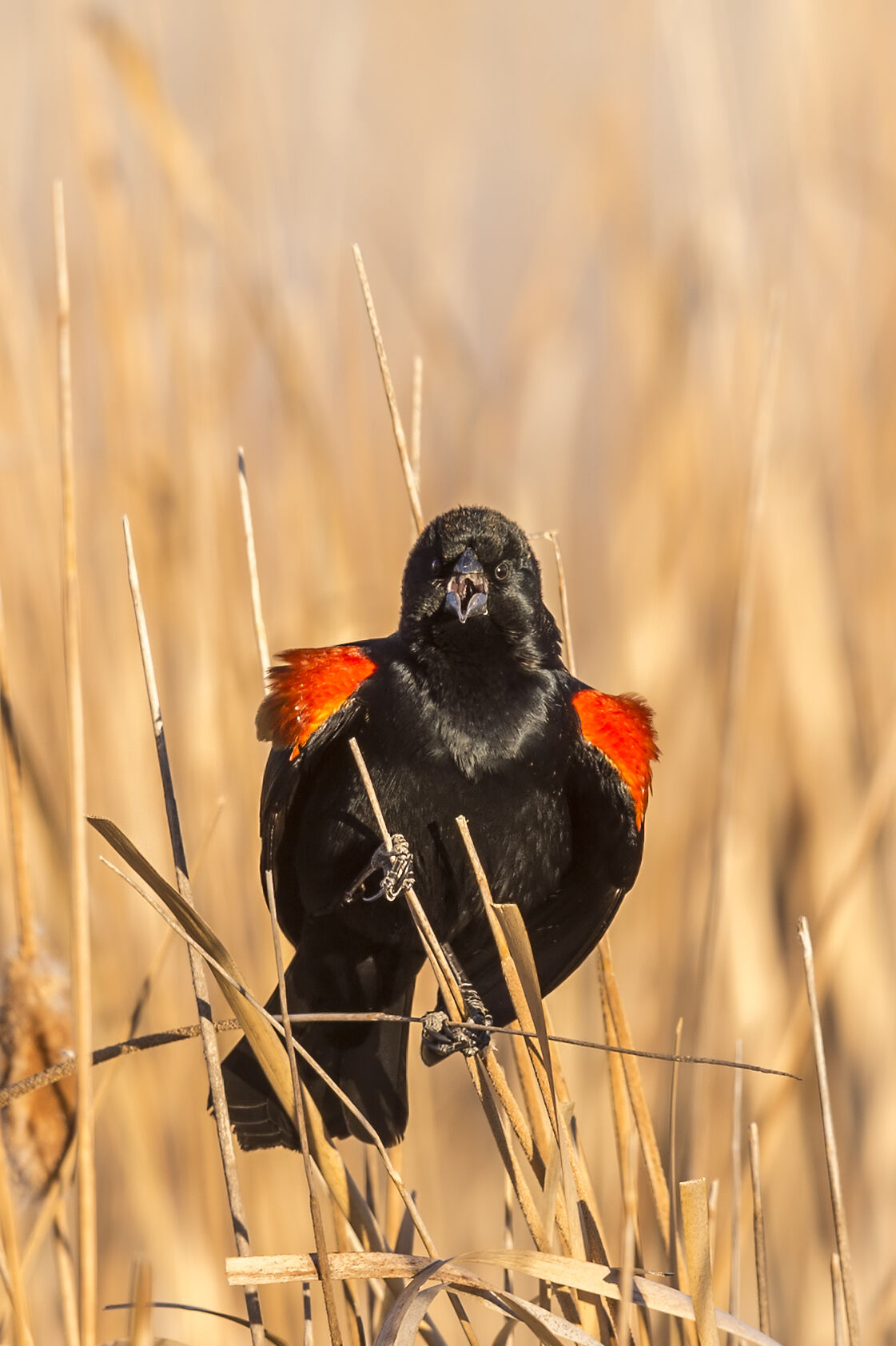 A male red-winged blackbird (Agelaius phoeniceus) sings while clinging to the top of some reeds on a sunny morning in Loveland, Colorado. 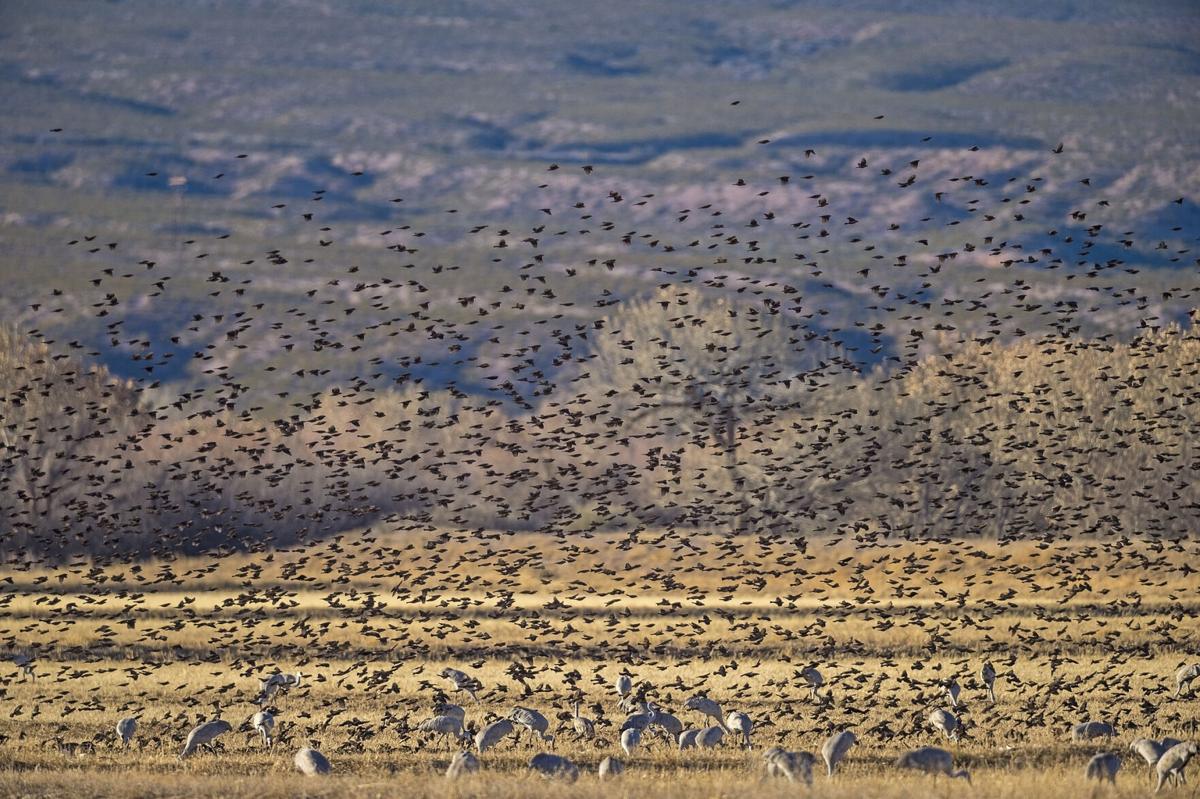 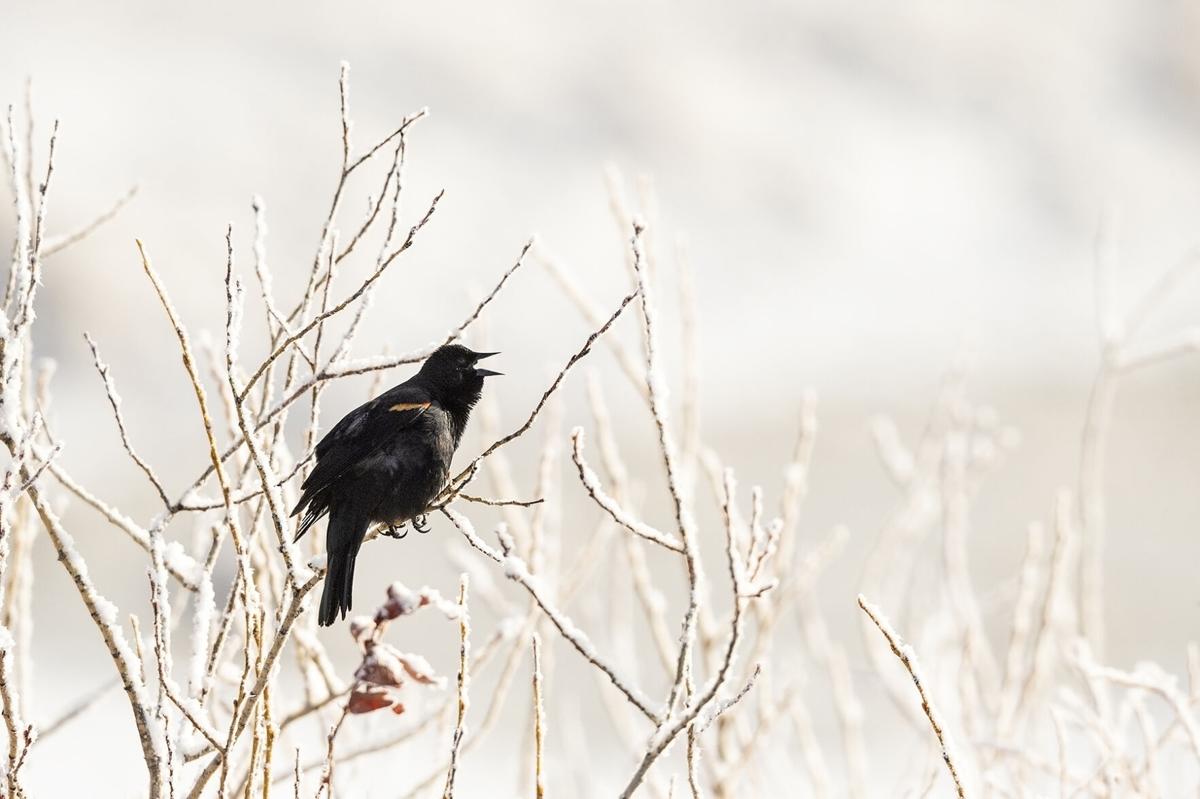 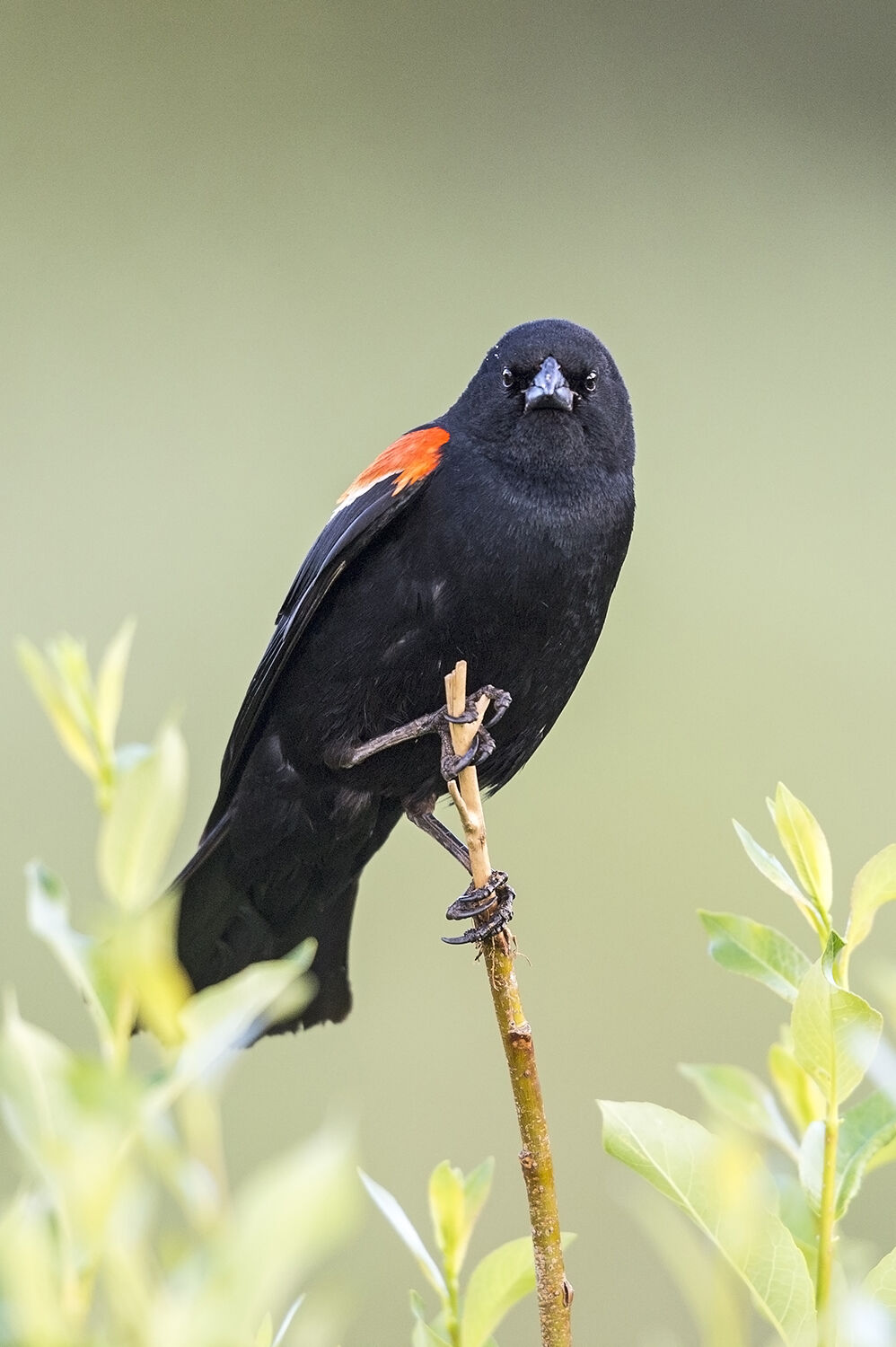 This week’s featured animal is the red-winged blackbird. One of the most prolific birds of North America, the red-winged blackbird breeds from Alaska to Florida. Although they are a bird of least concern and seem plentiful in numbers, their population declined by at least 30 percent between 1966 and 2014. Here are five more fun facts about this vocal bird.

1. Male red-winged blackbirds have a very distinct, musical song that sounds like “o-ka-leeee, ” a welcome sign of spring and used to attract females during the mating season.

2. Red-winged blackbirds are considered pests by many farmers because of their voracious appetite for grain in cultivated fields. The farmers, however, also benefit from the birds’ consumption of pesty bugs that can damage crops.

3. The red-winged blackbird can travel up to 30 miles per hour during migration.

4. During the late spring and summer breeding season, red-winged blackbirds seem especially busy. That is because they can raise up to three broods per season, and build a new nest for each clutch to prevent infestations of parasites.

5. Red-winged blackbirds nest in small groups mostly due to lack of habitat. The males will sit high on perches, like tall cattails, to keep watch and ward off intruders while the female spends much of the time deeper in the cover near the nest.

Dawn Wilson is a professional and award-winning nature photographer who lives in Estes Park year-round. You can see more of her work, join one of her Rocky tours, and purchase prints and calendars at DawnWilsonPhotography.com or follow her on Instagram: @dawnwilsonphoto.