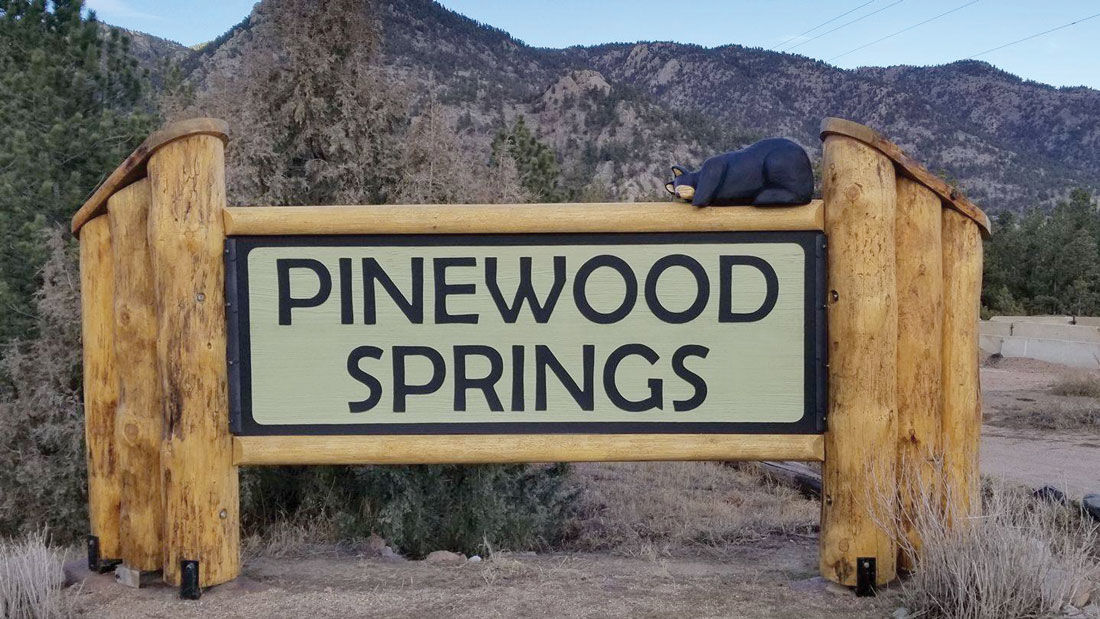 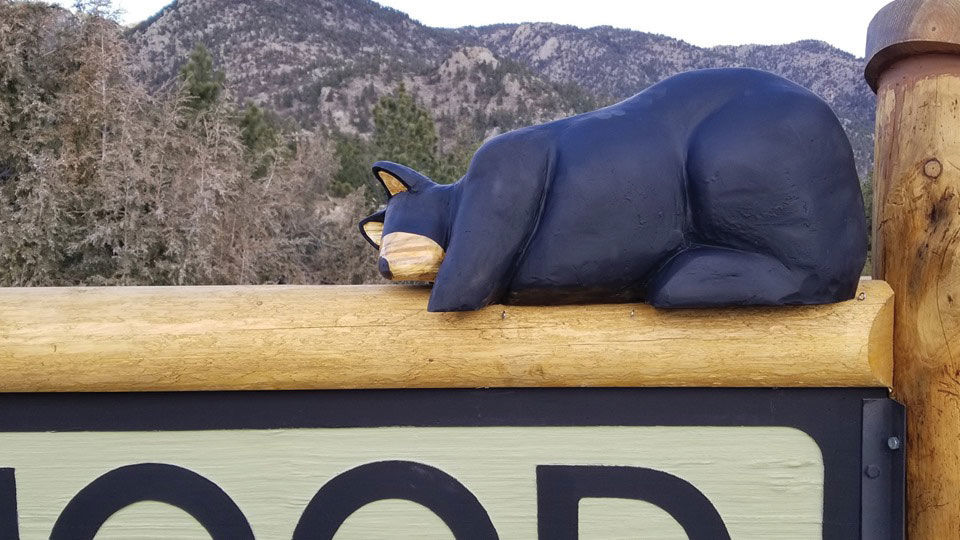 The cute bear that sat on top of the Pinewood sign in Pinewood Springs has been discovered missing. Residents think he may have been stolen. This bear is very special to residents as it was carved by a beloved friend/resident as a labor of love and it isn't easily replaceable. Every holiday, residents dress the bear up to reflect the season. The dressed up bear shares a bit of cheer and shows a reflection of their community to those who drive by.

Residents are hoping whoever took the bear decides to do the right thing and return him to their neighborhood. When removing the bear, they also caused damage to the beautiful custom sign while they took something meaningful to many people. They’ve contacted the sheriff regarding this theft and are hoping to appeal to someone's guilty conscience that this kind of thing is not ok. Residents say, “They picked the wrong neighborhood and the wrong bear.”

If anyone saw anything suspicious, please let them know by calling 303-931-8080. There is a $550 reward for information leading to the safe return of the Pinewood sign bear. Please spread the word.